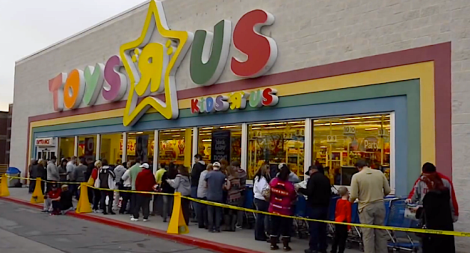 Last week on Thanksgiving morning, I judged those folks waiting in line in front of Best Buy for Black Friday deals that would start 18 or so hours later. Last year in December, I judged those folks who went to Walmart on Thanksgiving night. I was dismayed by the greed and the consumerism, and I thought that I was so much more authentic than all of those people. I was also wrong; I write today to offer a more nuanced view of Black Friday and to extend grace to those who may make their way on Thanksgiving night to Walmart or Old Navy or whatever other store.

When I formed my opinions regarding this holiday of consumerism, I was acting under the misguided and subconscious impression that I am intimately familiar with the financial situations of all those around me. I failed to consider that some of those who go to the stores on Black Friday (or Grey Thursday or whatever it is now) may be doing so because it is the only way they can afford to buy a television, or to buy the iPad mandated by their child’s school. I failed to consider that some of these adults might not love sitting on concrete on a holiday but do so anyways because they want to get something nice for their kids that they otherwise wouldn’t be able to afford.

Doubtless, many of those who leave their families to go shopping on that Friday can afford to pay full price for their electronics and doubtless, many of these people are driven by greed to buy things they don’t need and don’t really even want. However, from my vantage point, I cannot tell which person falls on which side. I just don’t know. And you just don’t know. So I will take my slice of humble pie: I was wrong. I was limited and narrow in my view; I am sorry. Yes, Black Friday can be about all those ugly things that we automatically associate it with. But it doesn’t have to be.

Most Recent Articles:
♦ Ancient River Meets a Costumed Fort Lauderdale
♦ Put Down That Donut; Your Employer is Watching You
♦ For Ellen Burkhardt and I, No Sex Until Marriage is a Choice
♦ What to Write When You Can’t Seem to Write At All
♦ Happy Birthday, Sweet Hobbits; and a Viral Video of the Week
♦ It’s the Economy, Stupid: A Reply to Bootstrappers Everywhere