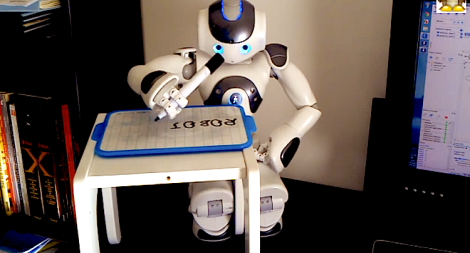 Writer’s block is the worst. (Screen shot from http://youtu.be/5hqNi2S4rlM)

I have been struggling with a six-month-long writer’s block. My writing output on this site has significantly decreased over this time, leaving Little Utopia’s editor-in-chief to fill in the holes that have opened as a result of my inability to write much worth reading. I’ve started a writers group as part of my second job, an artist residency at a Fort Lauderdale church. Every month, I meet with between three and seven other people (it varies every meeting) to talk about our writing, and every month, I have to force myself to write something, anything, so that I can sort of do my job.

I want to write. I have things that I want to write about, but they are so much easier to talk about than to set down in concrete words that last much longer than whatever nonsense comes out of my mouth, as so much of it so often does.

In light of the Ray Rice scandal, I want to write about my own experiences with abuse, and I want to comment on the NFL’s deceitful and destructive hierarchies of power. I want to write about how, even though we have had a summer full of booties (Meghan Trainor’s booty, Iggy Azalea’s booty, J.Lo’s booty), none of those booties look like any of the butts of anyone I know, because those celebrity booties have been conscientiously toned and trained with more money than I will probably ever have. I want to write about my new obsession with the small-house movement, because a tiny house is all I will ever be able to afford. I want to write about my frustration that my 60-hour work week and two jobs are still not enough to keep me from qualifying for public, Section 8 housing.

But I feel like I don’t have it in me to write full posts about these things, at least not as quickly as it needs to be done and at least not on the platform for which I write. So I write this, and if you’ve read all the way to the end of this post and have felt this way, too, then you know what this feeling feels like. And you will know that you are not alone.

Previously from Laura Creel:
♦ Happy Birthday, Sweet Hobbits; and a Viral Video of the Week
♦ It’s the Economy, Stupid: A Reply to Bootstrappers Everywhere
♦ In Miami, Nothing is Given: A Response to Lebron James’ PR Team
♦ My Spirit Airlines Life
♦ Welcome to the Miami Heat Family, Boomer