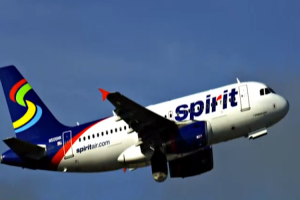 Somehow, airlines are making flying worse. No, we didn’t think that was possible, either. (Screen shot from http://youtu.be/AAxvB-L4Az0)

If you’ve been on an airplane recently, you know that it’s a pretty terrible experience. There’s just no getting around it. It’s going to suck.

Actually though, there’s no need to have even ever been on a plane to know that it’s just the worst because it’s the first thing you’ll hear about after any one of your friends or family members take a flight somewhere. Even without being prompted, they’ll undoubtedly tell you about a rude flight attendant or a baby who wouldn’t stop screaming or a person who wouldn’t stop talking to them. Oh, and those people who get up as soon as the play lands! Hey, morons! You won’t get out any sooner just because you immediately stood up.

They will say things like this and you will nod your head knowingly.

But at least, you and your friends/family members have always thought, at least, it can’t get any worse. Turns out, it can because things can always get worse and because airlines are shysters and they will do everything possible to squeeze every last cent out of you, all while showing no sign of remorse.

So what’s the latest con being pulled on the public by these nefarious carriers? Airlines are purposely shrinking seat size, which The Wall Street Journal first reported back in October.

According to the article, “For almost 20 years, the standard setup in the back of a Boeing 777 was nine seats per row. But last year, nearly 70% of its biggest version of the plane were delivered with 10-abreast seating, up from just 15% in 2010.” If you’re thinking right now, why? why would they possibly do this?, then you are clearly not dastardly enough to run an airline. By the way, your lack of a handlebar mustache to twist while you say meyah he ha also gave you away. Oh innocent, mustache-less reader, there’s a clear thought process behind this decision, “Pressure in economy cabins also lets airlines upsell coach passengers.”

So, carriers like American Airlines and United are fully aware that the decrease in seat size is making you miserable. The hope is that you can no longer take being strapped into a glorified high chair in the sky and are forced to start donating your plasma to upgrade to first class.

Of course, getting smaller seats shouldn’t really be that much of a big deal. None of us should complain about anything to do with air travel. As Louis C.K. has pointed out, flying is a miracle and we should all be in awe that we are speeding through the sky like Greek gods.

Will that realization stop any of us from complaining next time we’re on a flight?