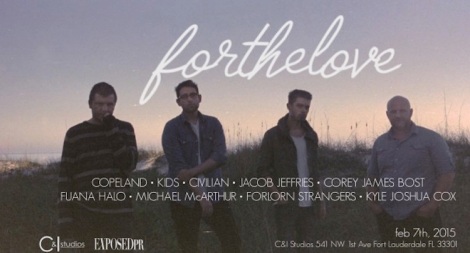 Music festivals have always belonged to big cities and middles-of-nowhere. The middles-of-nowhere proudly boast Bonaroo and Coachella (and some others I’m forgetting/too lazy to look up). Meanwhile, if you can think of a big city, there’s a music festival that goes with it. New York has The Governor’s Ball, Chicago has Lollapalooza, Atlanta has Shaky Knees, and Miami has Ultra.

While this setup of big cities or middles-of-nowhere has been standard for as long as I can remember, it’s only great for people who already live in these cities or who are OK with shelling out serious money to attend a festival (It’s all part of the experience though, bro!). The rest of us, the ones that don’t have $400-$700 to spend on a music festival, end up out of luck.

Fortunately, I happen to be in Fort Lauderdale, a city that is no longer the sleepy beachside destination it once was. Instead, it’s actually starting to develop something resembling its own culture. I don’t think Fort Lauderdale necessarily has that defined culture yet, but it really seems to be on its way. And part of what is getting it closer to unique city status is that it’s starting to have events like For the Love, a music festival taking place in the heart of the city on February 7th. Put on by Exposed PR and C&I Studios, For the Love will be headlined by Copeland and feature -kids-, Forlorn Strangers, Jacob Jeffries, and more.

Josh Diaz of -kids- explains the impact that this festival will have on the community: “So much of art culture stems from music. We are excited to be part of For the Love to help grow this culture for the love of our town and South Florida.”

So if you’re in Fort Lauderdale, stop complaining that there’s never anything to do, and go check out a bunch of great bands for under $40. Tickets are $35, or you can get really fancy and go VIP for $200, which includes open bar (!), preferred seating, and VIP parking. If you’re not in Fort Lauderdale, check back with Little Utopia the week after the festival (but before that too for all your hippo video needs), as we’ll be there to cover it.

One response to “For the Love: Fort Lauderdale Gets Its Own Music Festival”