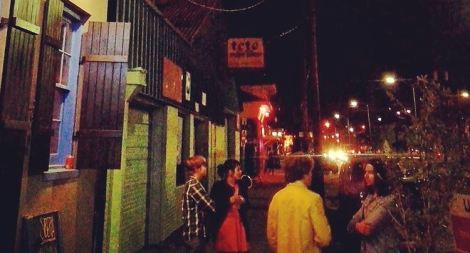 [Editor’s Note: This is the fifth part in an ongoing series chronicling Ancient River’s 2014 North American Tour. If you missed the first part or would like some background on the series, click here.]

I was excited because we were going to stop in Mobile, Alabama to buy the gear we needed. We spent about an hour in the music store, leaving with a new snare and cymbals. It felt good to have my own gear again, and I was really looking forward to trying it out.

We arrived at Siberia, the venue in New Orleans, around 5 p.m. We were pretty early so we hung out around the venue until one of the other bands showed up. After talking with them a bit they asked if they could use my kit as they had limited travel capabilities and only had some pieces. I repaid my karmic debt.

Tired after the show, we got a room near the interstate and prepared to begin the journey to Little Rock, Arkansas. I was exhausted. You don’t get much sleep in a hotel that makes you checkout at 10 a.m. when you’re finally getting in bed at 4 or 5 in the morning. Tonight we had a chance to sleep well. Louisiana was just a recording and a hazy memory now. It all happened so fast that it really didn’t matter where I was.

We have the next two days off. Today all we have to do is make progress towards Little Rock, Arkansas. It feels nice to be able to go at our own pace and not have to make any appointments.

We drove about five hours through some of the most rural and desolate roads I’ve ever been on. I couldn’t help but snap a few pictures, but the pictures do not come close to capturing the sheer emptiness of what I see as I am driving. It was beautiful. It sort of reminded me of when I used to watch pro wrestling as a child and they would say that a particularly creepy character was from “parts unknown.” Now if I see that term I’ll be like, “Hey I’ve been there!”

We stopped at a mom and pop diner: Strong’s Family Restaurant, the only food for miles. I had a catfish sandwich that I was a bit apprehensive about, but it was delicious. We made it to Greenville, Mississippi, which is just like another Gainesville. We got a room and some good rest. I ate an extra special brownie and got way too caught up in editing pictures of practically nothing.

The next day we had to be in Little Rock by 2:30 p.m. for a radio interview with Shoog Radio on 88.3 FM, so we made sure to leave early. The interview was very professional, and it was cool to know our friends and family were listening online. 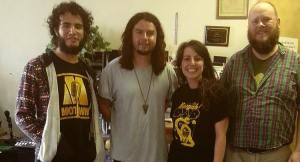 After the interview we met up with our friend Tyler from the band Rad Rad Riot. We had them over our house one night in Gainesville and they not only returned the favor but set us up with a great show as well. The show was going to be at their house, a dentist office converted into a house/venue known as the Squeeze House. Tyler informed us that the show had been promoted so well that the neighbors caught wind of it and had been complaining. The buzz surrounding it all eventually led to a story on the local Fox news station, which was a first for us.

It was really funny, but it also resulted in the show having to be moved to another location, Zaza’s in Conway, Arkansas. After grabbing some Mexican food at Casa Mañana, we went back to the radio station for another interview on The Mystic Crambo Jones Show. This time the show was more free flowing and loose. The hosts, Jeff and Jeremy, were hilarious. We had some drinks and hung out on the show with them for an hour or two along with Glittercore, another band on the bill for tomorrow’s show. Shout out to Shayne from Glittercore for setting up the interviews and making us feel welcome in Little Rock. If you’re reading this and want to check out some jams from Little Rock, look up Rad Rad Riot and Glittercore. If you see them coming to your town go check it out! After the interview, Jeremy offered up his place to us to watch some Champions League football and catch some Z’s. Thanks, Jeremy! 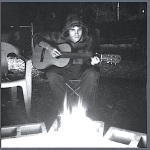