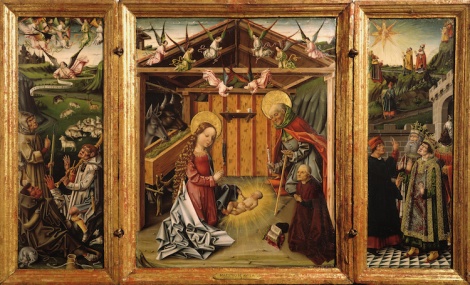 [Editor’s Note: This is our final post for 2014. We will be back with new articles starting on January 5th. As always, thanks for your continued support of Little Utopia and happy holidays!]

We don’t have many commenters of this magazine (although I think we are doing better that I expected when we began), but a recent comment requested an article on the Sony hacks story. And readers get what readers want around these parts, so here it is: a story on the Sony hacks, sort of.

I’m reading these Sony hack documents with a delight and fervor that betrays my tarnished heart. Actually, I’m not reading whole documents, only excerpts from and commentary about them. I have gleefully shouted in laughter at the insults hurled at Angelina Jolie, and I have cackled at the stupidity and terribly misplaced sense of invincibility demonstrated by some Sony executives.

I laugh because it finally feels like a win for me. I’m glad that these people in upper-level management, with their $3-million-per-year-plus-perks paychecks, finally get to experience what it’s like to have their power questioned and undermined. And so I laugh, because these demigods get what’s coming to them. Really, though, when I think about it, I laugh because I am envious of their money and their easy lives and the freedom that they get as a result of their power and because my year has basically been the year from hell.

I laugh, but even though it feels like a win for me, it’s really not. My year from hell and the Sony hack actually have nothing to do with one another. They are not related in the slightest, so for me to feel like I’m winning but in reality to have not won is backwards and illogical. But my heart is tarnished, and apparently, very bitter and miserable. I am my own little Scrooge.

I don’t think I want to be miserable. I think that what I really want is just a win or two. But I’ve already got that. I’ve got that through grace; I’ve got that through redemption. I forget that often. Christmas, without all the consumerism and the hellish running from one event to another, can remind me and can remind us that there is redemption. And the prickly feeling of happiness mingled with the guilt of rejoicing in someone else’s misery (namely, Sony’s) — that feeling is pale and grows weak when I remember that this season, at its most fundamental, celebrates the birth of a baby come to bring grace. And that baby means a win for me indeed.

Most Recent Articles:
♦ In Defense of Those Who Celebrate Black Friday
♦ Ancient River Meets a Costumed Fort Lauderdale
♦ Put Down That Donut; Your Employer is Watching You
♦ For Ellen Burkhardt and I, No Sex Until Marriage is a Choice
♦ What to Write When You Can’t Seem to Write At All

One response to “Sony Hacks Reveal My Bitter, Miserable Heart. Merry Christmas, Everyone!”