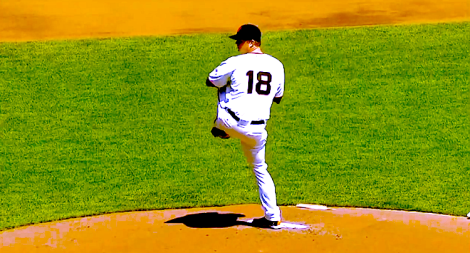 Sports are brutal on the human body.

Hockey players are forever destined to suffer from gruesome facial injuries and basketball players deal with torn ligaments and broken bones regularly. Unless you’ve been living under a rock, you’re probably well aware at how violent football has become. So violent, in fact, that former NFL players sued the league over concussion-related brain injuries.

And then there’s baseball.

Baseball is a wonderfully weird and unique sport. Out of the four major American sports, it’s the only one where you will see an athlete look like this or do this (click on that; it’s Bartolo Colon jiggling his belly in gif form!). There’s no other sport like it.

Part of that uniqueness also comes from the injuries that the sport produces. For whatever reason, baseball players can’t just get injured doing normal athlete things. They have to get injured doing ridiculous things that would only injure an extremely inept/unlucky person.

Here’s a small sampling: Sammy Sosa was injured after a “violent” sneeze in the dugout; reliever Steve Sparks once hurt his shoulder while trying to tear a phone book in half; Wade Boggs strained his back after putting on cowboy boots. But wait … there’s more! Tony Gwynn missed time after crushing his thumb in his car door, Jose Cardenal missed a start back in 1974 after he couldn’t blink and swore his eyes were stuck open, and Charlie Hough once broke his pinky finger while shaking hands.

Recently, San Francisco Giants pitcher Matt Cain joined this infamous list. After being placed on the disabled list, Cain revealed that he cut his right index finger while carving his ham-and-cheese sandwich into “fancy triangles.” In Cain’s defense, sandwiches do taste way better when they are shaped liked triangles.

So even though Cain will be back on the mound soon, he has already forever staked his place in baseball lore. No, not for throwing a perfect game or winning a world series (both of which he has done) but for injuring himself while cutting a sandwich.