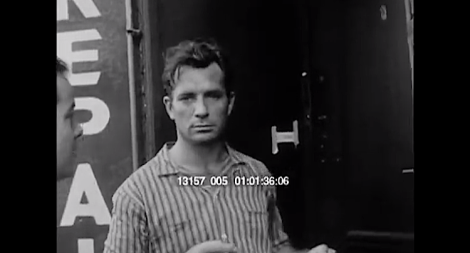 “One day I will find the right words, and they will be simple.” — Jack Kerouac, The Dharma Bums

If Jack Kerouac were still alive today, March 12th would have been his 92nd birthday.

Because of this, and because his long-lost novel The Haunted Life is set to be published for the first time, I have recently seen a lot of news about Kerouac pop up in our Twitter feed or on blogs I frequent. It’s made me think about a man whom I hadn’t thought about in quite some time, a man who I once unabashedly proclaimed to be the greatest writer ever.

Kerouac first came into my life when I was 17 or 18 years-old. A friend of mine had been reading On The Road and told me that I should read it after he was finished. I did, and I was mesmerized.

Until that point, I had always enjoyed reading but had never really experienced what David Foster Wallace referred to as “the click” (essentially, an undeniable moment of connection a reader has with a writer through text) in any of the alleged great writers I had been forced to read in high school. Either I couldn’t fully grasp the excellence of works like Herman Melville’s Moby Dick, or I was bored to tears by the stolid prose of writers like Charles Dickens and Charlotte Brontë.

With Kerouac though, the click was instantaneous. His writing shattered any and all preconceived ideas I had naively formed about what writing could and couldn’t be. The exuberant, breathless prose was unlike anything I had ever read before, and I heaped praise upon him for his invention and/or mastery of the stream of consciousness narrative style (again, being both naive of James Joyce’s superior use of the technique and the technique’s history stretching all the way back to Laurence Sterne’s Tristam Shandy in 1759). After finishing On The Road, I voraciously consumed many of his other works, including The Dharma Bums, Visions of Cody, Desolation Angels,and The Subterraneans.

These days, I like to think I know a little more than I did when I first read Kerouac. I know that he is certainly not the greatest writer ever and maybe not even a “great” writer, depending of course on how you choose to qualify writers. I know that his style is not as innovative as I once believed it to be. I know that On The Road isn’t even his best book (it’s The Dharma Bums). And I know that he is not a saint.

But looking back now, I can clearly see that for all his faults, Kerouac and his preoccupations were hugely influential on me both as writer-me and as me-me. Before I understood what would end up being many of my biggest passions in life, Kerouac revealed them to me. Before I met Virginia Woolf, Flannery O’Connor, Roberto Bolano, and Foster Wallace, all of whom taught me vital lessons about writing, I met and was guided to them (whether directly or indirectly) by Kerouac. Before Anthony Bourdain disclosed a new way of traveling to me, Kerouac had already told me about how hard, exhausting and life-affirming traveling was.

Kerouac was a major reason that I decided to major in English and Philosophy in college and why I continue to write to this day. Even if I don’t think about him as frequently or as comprehensively as I once did, his influence has been branded on me forever. And I wouldn’t change that for anything.

Thanks for everything, Jack.

One response to “Hit the Road, Jack”