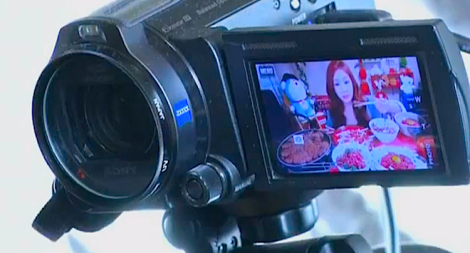 If you’ve never been to South Korea, and it’s not really a high-priority on your travel destination list, you should change that. South Korea is awesome. The food is great, the people are fun, and it’s a cool city to be in.

But, to be fair, South Korea definitely has a weird side (as any country does really); it has plenty of trends that are bizarre to those not from that culture. As you might know, the country is experiencing a plastic surgery craze unmatched by almost anywhere in the world. Of course, the US has its own plastic surgery obsessions, but South Korea has a possibly even more unhealthy relationship with cosmetic procedures than we do.

That’s old news, though. “Alphabetization” is actually the latest bodily rage in South Korea. Over at Slate, Katy Waldman explains this trend, but it basically involves categorizing (primarily women’s) bodies according to letters in the Roman alphabet. Weird, right? But, now that I think about it, we do categorize women’s bodies according to fruit so …

But so anyway, the most recent strange South Korean craze is happening on the internet and it’s being called “gastronomic voyeurism,” otherwise known as watching people eat online. And, as with any trend, people are finding a way to profit off of it. In South Korea, that person is Park Seo-yeon.

Listen to this: All Seo-yeon does is cook an epic meal, set it up in front of her webcam, and proceed to chow down. People online then send her virtual gifts, which (somehow?) translates into cash. And it isn’t a small amount, either. Seo-yeon has been pulling in over $9,000 dollars a month, enough to quit her full-time job at a consulting firm.

And yeah, there’s something inherently creepy about this but … whatever man. I don’t care. I need a job (in all seriousness I do need a job, though. Please see my Linkedin page for futher information. I’m a great team player!). This blogging thing is bringing me approximately $9,000 less each month than Seo-yeon is making.

So, can someone please hire me to do this? Anyone?

Damn. I guess I better get back to the job hunt.

One response to “Someone Please Hire Me to do This”