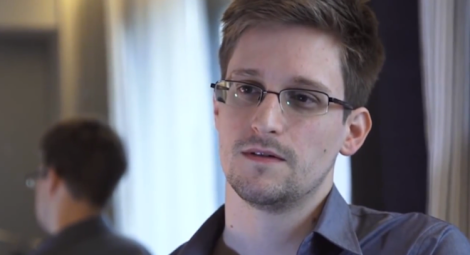 The romanticized American summer is iconic. You know — the Summer of Love, the Summer of `69, even Nasa’s Summer of Innovation. Well, it seems like this 2013 season may turn out to be the Summer of Surveillance.

By now, you’ve all heard about patriot/traitor/whistleblower (depending on your politics) Edward Snowden and the NSA security leaks regarding the monitoring of Americans’ phone records. The ACLU also recently published a report entitled “You Are Being Tracked,” which chronicles the prevalence and use of the license plate scanning being done by law enforcement. Evidently, we are all being watched, recorded and kept in databases.

Some Americans are obviously upset about this and for good reason. It’s unnerving, and I’m not comfortable with the idea of a government keeping such intimate tabs on me, but I guess I kind of just figured the government was doing this already, so it’s not been very surprising to me. And while I don’t like this tracking theoretically, it seems like most of the time we ourselves are the ones offering up the data. AT&T already has records of  my phone calls, credit card companies know where I am and what I am buying every time I swipe that card, and I have and use a Social Security card, which means the government knows where I work and what I do and how long I’ve been there.

And yes, I understand that we have to have jobs and pay taxes and so we need government identification. But if you have a Facebook account, if you’ve ever used “location services” on your iPhone, if you’ve ever purchased something online, if you’ve ever done a Google search — guess what, bud? Your information is now owned by someone who is not you but has the ability to find out exactly who you are. If it is privacy you are concerned about, it seems like the only option is to live in the woods and eat acorns and stay completely off the grid. But that’s probably not the life you want, unless you are a fugitive fleeing from the FBI.

I try not to write about politics because I’m disenchanted by it, and also because I realize there is so much going on behind the scenes from Capitol Hill down to our county seats that I will never know enough to make a sound claim. I do think, though, that we need to examine our own privacy practices before we get red in the face and become conspiracy theorists. It’s a weird world that we live in, but it’s not weird of itself; it’s weird because we make it so. This is the world we have built. Some apocryphal quote attributed to Robert Louis Stevenson goes something like this: “Everybody, sooner or later, sits down to a banquet of consequences.” Perhaps this surveillance and data collection are a few courses from this meal of consequences on which we now sup.

Previously from Laura Creel:
♦ Worse Than the Worst: Flesh-Eating Maggots
♦ On Never Getting to be Tina Fey, and Why That’s Alright
♦ Shared Narrative: An Interview with Melanie Penn and Kelly Jones
♦ Not Cool, CUNY and David Petraeus
♦ Let’s Hear It for the Food Trucks!