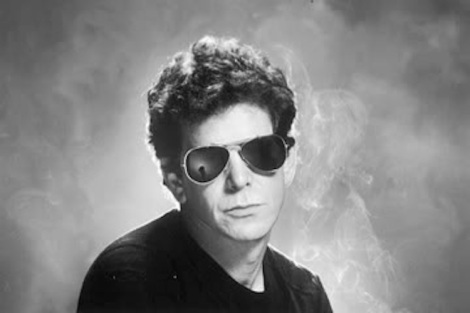 If you don’t know who Lou Reed is, you’re either under 30 or uninterested in a type of rock music that could be labeled “art rock” or “experimental rock.” For those that aren’t familiar, Reed is probably best known for his work in The Velvet Underground and for his later solo work. His 1972 solo album “Transformer” is a personal favorite and a good starting point into the world of Reed (if you are interested, of course).

Yet, even as a Reed fan, I don’t really keep up with what he’s up to these days. Doing a bit of research for this article, I discovered that Reed is still relatively active in the music scene, even after undergoing a liver transplant earlier this year at the age of 71. Apparently, Reed has also been keeping up with new music, though it might not be what you’d expect.

These days, Reed is listening to Kanye West. Or, at least, listening to West’s new album “Yeezus.” Who knew? Recently, Reed wrote a review of West’s “Yeezus” for The Talkhouse and (spoiler alert) he’s really, really into it.

“There are moments of supreme beauty and greatness on this record, and then some of it is the same old shit. But the guy really, really, really is talented. He’s really trying to raise the bar. No one’s near doing what he’s doing, it’s not even on the same planet.”

I suppose Reed’s affinity for the album is understandable, based on his background of pushing the envelope with his music. Reed has always had an open mind musically and West’s album likely strikes a chord with Reed because it too is experimental. If I was interested in slapping labels on art, I could classify it as “experimental rap/hip-hop/soul.”

However, before I discuss Reed’s review and his own musical relationship with West, I should be honest about something. I had originally intended to avoid listening to “Yeezus” for as long as possible. I had no intention of searching it out because I no longer find anything about West or his art compelling. 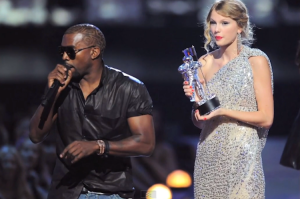 When West began, I was interested in his story. As time has passed though, West’s outlandish behavior has made him insufferable to many, but not to me. Sure, calling yourself “the voice of a generation” and naming your album “Yeezus” is obnoxious and pretentious, but really, for me at least, everything surrounding West is not so much insufferable as incredibly banal. I know that isn’t a word normally associated with someone who appears to be going for shock value at this point in his career, but I think it’s appropriate. Whether it is his relationship with Kim Kardashian, his desire to live in Paris, or his latest egotistical action, everything West does is what I would expect from a self-centered celebrity. It’s all so … boring.

And although I thought he was doing interesting work (particularly musically) in his first three albums, I haven’t felt that way about his last two. As he has become increasingly more famous, his work has suffered from the same triteness that his life has. West has always been a B to B+ rapper with A+ production, and it’s the production that I’ve most enjoyed in his music. At his best lyrically, though, he’s biting and clever. At his worst, he falls victim to the tropes heard in every really bad rap song. “Yeezus” is just the latest example of this.

The album is loud. There are few quiet moments during “Yeezus,” and it’s clear that West is going for something different with this album than anything he has done in the past. For this, he should be applauded. As an artist, it would be much easier for him to rest on his laurels, but he’s choosing to experiment sonically and (I suppose) lyrically as well.

Where the album comes up empty for me, however, is not necessarily in the production, though it certainly isn’t pleasing to listen to most of the time. Rather, the album’s emptiness lies in the fact that — like West’s life of late — there is nothing to empathize with. The album has no heart. In “I Am a God,” West raps/sings/screams (?), “I am a God / So hurry up with my damn massage / In a French ass restaurant / Hurry up with my damn croissants.” How do you feel anything for/relate to someone like this?

The anger and bitterness throughout “Yeezus” is a far cry from the early West of “The College Dropout.” Even amidst all the bluster on his early albums, there were always moments of poignancy. In “Through the Wire” he rapped, “How do you console my mom or give her light support? / Telling her your son’s on life support / And just imagine how my girl feels / On the plane scared as hell that her guy looked like Emmett Till.” West’s music strikes both the mind and the heart here, as all good art should. The feelings involved in this situation are some that we will all go through at one point in our lives. All of us will experience a family member’s death and many will see someone close to them suffer a life-threatening injury. It conjures up empathy through the family scenario, but it also forces the listener to learn about Till if they hadn’t known his story already, while also considering the history of race relations in this country.

Even at its most aesthetically pleasing moments, “Yeezus” has no heart to support it; it’s all in West’s head. Toward the end of “New Slaves,” it sounds like the album will finally open up into something beautiful. For a moment, the storm clouds disappear and rays of sunlight shine through as West samples Omega’s “Gyöngyhajú Lány” and sings with Frank Ocean. It seems like a textbook move from West, and you expect to hear something of value. Yet, the lyrics are “You cannot survive / And I’m not dying, and I can’t lose … / So let’s get too high.”

So while I agree with a few points of Reed’s review, I can’t get behind most of it. I don’t find it “majestic and inspiring,” primarily because it fails to give the listener anything of value. It’s angry, arrogant and pretentious and isn’t an album I can see myself looking forward to hearing again.

What puzzles me about Reed’s emphatically positive appraisal of “Yeezus” is not that he enjoys the experimentation. It’s not that he likes the sound either; as he notes, “If you like sound, listen to what he’s giving you.” What puzzles me is that Reed misses the lack of humanity, the lack of the ability to empathize with anything that’s going on in the album. It puzzles me because these qualities, amidst all the sonic experimentation, are consistently present in Reed’s music.

The presence of these qualities combined with the willingness to push the envelope musically is what makes “Transformer” such an incredible album. In “Perfect Day,” the chorus functions as a similar point to the end of “New Slaves,” where the music opens up beautifully. But instead of singing about an inability to lose and getting high, Reed sings, at first softly before belting out, “Just a perfect day / You made me forget myself / I thought I was someone else / Someone good / Oh it’s such a perfect day / I’m glad I spent it with you.”

So when Reed notes in his review that “No one’s near doing what he’s doing, it’s not even on the same planet,” it is a bit ironic. Both Reed and West have already done sonically (for the most part) what West is doing on “Yeezus.” Even if you’d argue that point, it’d be hard to argue that both men haven’t already produced better albums. Reed and West have because they’ve used their hearts to make them just as much as they’ve used their heads.

One response to “Lou Reed, Kanye West, and the Failure of “Yeezus””