On May 19th, Washington Redskins quarterback Robert Griffin III posted a picture of himself standing in front of many empty boxes with a caption that read, “Thank you to the Fans who are helping buy ALL the items from our wedding registry at Bed Bath & Beyond #AppreciateEverything.” As with almost anything these days, critics immediately pounced on the news and fought over who could be more aghast at the fact that Griffin and his fiancée, Rebecca Liddicoat, would actually be keeping the gifts instead of donating them to charity. (I’m not sure who won the aghast-ness contest by the way.)

The same day, RGIII responded to the ever-present “haters” on Twitter who were bashing him for keeping the gifts: “I didn’t ask the fans to buy me anything. They found it on their own and decided to get what they could. SMH at all these Debbie downers[,]” he tweeted. “Because you are rich you are not allowed to receive gifts and any gifts you receive should be donated to charity???? #WOW Smh…”

And, to clarify, the Redskins quarterback is rich. After being drafted second overall, RGIII signed a four-year, $21 million guaranteed contract. He and his future wife won’t be hurting for money anytime soon.

Still, no matter how much you want to, you can’t really criticize Griffin for his actions. If the fans did find the registry themselves, then he hasn’t done anything wrong. He’s not doing anything wrong by keeping the gifts, either. Of course, it would be a nice gesture if Griffin and Liddicoat decided to donate items to a charity in need, but they are under no obligation to do so. If some poor sucker (and let me emphasize the word SUCKER here) wants to spend his hard-earned money to pay for a gift for a multimillion-dollar athlete, then that decision is on that unbelievably stupid person, not Griffin.

With that said, it doesn’t mean I’m not dumbfounded by said stupid person’s decision. I can’t even begin to wrap my head around why someone would even consider doing this. Lucky for me, Dan Steinberg of the Washington Post tracked down some fans, including 24 year-old Patrick Dibert, and asked why they had purchased items off of Griffin’s wedding registry.

“‘It’s not like that was money I’m not going to donate to charity; I’m just not going to go out to happy hour one time during the week,’ Dibert told [Steinberg] on Monday. ‘I mean, it’s just kind of funny to say I bought RGIII a present.'”

If doting on entitled athletes is your thing, as seems to be the case with many Redskins fans, you have every right to. In the end, though, no one — not the fans and not Griffin and not Liddicoat — is in the wrong here. What the actions of the Washington Redskins’ fans speak to is the continued disturbing trend of celebrity worship in our society (and, of course, many other societies as well). 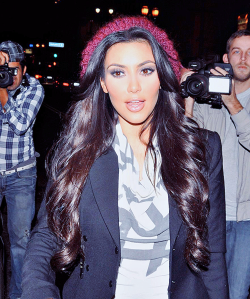 Why do we continue to do this? Why do we care about how Kim Kardashian feels about her body image now that she is pregnant? Why does it matter to us if Justin Bieber is on a downward spiral? Why should we care even the slightest bit about who Taylor Swift is currently dating? If we don’t care about these things in the lives of the average people we see on the street, what makes us care and invest so much time, energy and money into the lives of celebrities?

Obviously, this unhealthy obsession is problematic for too many reasons to cover here. It’s unhealthy for us because we compare ourselves to celebrities in both good and bad ways. We see Katy Perry or Jon Hamm and think, “Ugh, I’ll never look like that.” We see Britney Spears in full-blown meltdown mode and gossip about her to our friends to make ourselves feel better.

It’s unhealthy for the people we deify (and remember these people are only “celebrities” because we deem them to be) because we build them up only to tear them down. As Bomani Jones pointed out, as soon as Griffin begins to play poorly, those same people that bought him gifts will turn on him. Very few athletes escape this fate. This scenario isn’t exclusive to athletes, either. Remember what we did to Spears and are now doing to Amanda Bynes? It’s happened to athletes and musicians and movie stars before Griffin and Spears and it will happen again to others after them.

Further, it’s also unhealthy for the deified celebrities because of the privilege and entitlement our worship bestows upon them. We gasp and rush to tell the nearest person when we hear that Lindsey Lohan is drunk driving again. But a big part of the reason that Lohan continues to act the way she does is that she is constantly receiving special treatment — from judges and juries that don’t sentence her accordingly, from companies that keep giving her jobs even with her horrendous history. Think about it: How long could you act like some of the out-of-control celebrities you read about and still keep your job?

Of course, trying to apply reason to something that is completely unreasonable and so entrenched in our society that it isn’t going to change anytime soon is, largely, a fool’s game. Everyone will continue to shake their heads at Kanye West’s outbursts and then rush out to buy tickets to his latest tour. It’s inevitable.

As for you, thoughtful and discerning reader — I can already see what your next move will be. “Mr. Editor,” you will say, with a smirk on your face. “Isn’t it hypocritical of you to decry the culture of celebrity worship when you yourself have an entire section of your magazine devoted to ‘pop culture,’ which is really just celebrity activity? Aren’t you contributing to the same nonsense you are currently railing against?”

And to that I say,”Yes, I suppose I may be.” To be honest, though, if we at Little Utopia had a large, established readership, I, at least, would strongly consider removing that section entirely. Since we are just getting started, though, we are trying to gain readership by attempting to meet people at the largest intersections of public interest, and pop culture is one of them. Hopefully, if they read an article where we laugh at the surreal qualities of Bieber losing his pet monkey to German authorities, they might stay and read something like this. So while I’m not trying to excuse this bit of hypocrisy, I am trying to explain my reasons for what I see as a necessary evil at this stage of our development.

Believe me, though, I realize that this is, for the most part, a hopeless cause. People will continue to follow the every move of whichever celebrity is currently in the spotlight. What I am hoping for — and why I write things like this — is that the cult of celebrity might erode slowly.

Just as the tides work their magic on the shoreline, articles like this might make readers click on one less gossip article today and read something more worthwhile. Maybe, it will just take time.

This is my hope.