“All this time I’ve been telling you that we can have it all: success and happiness, the big office and true love… [But] because they both require everything of you, you have to choose.”
—   Jack Donaghy, “30 Rock” 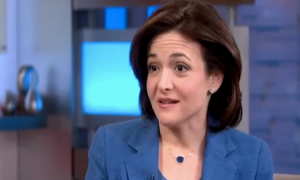 I’ve been thinking a lot lately about what I want in life. I’m not really sure where I want to be or what career I want to pursue, or whether I want children of my own some day. These questions have been punctuated by the recent “30 Rock” finale — where Liz Lemon really does get to have it all — and by the release of Sheryl Sandberg’s “Lean In,” which admonishes women to “pursue their careers with more rigor, [and] to engage more energetically in the corporate cook-off.”¹

I’ve not read Sandberg’s book, but from an excerpt adapted from the book in the March 18, 2013 issue of Time, it seems that Sandberg has some great advice for women who desire more out of their professional lives. I am not that woman, though, and for me, this conversation on women in the workplace is fraught with potential flaws.

First flaw: In some ways, this push for women to succeed even more is not just flawed, it is ultimately anti-feminist. The sort of thinking that urges women to take on more, to reach higher more frequently is often just another way of setting up the Gilbert and Gubar madwoman in the attic/angel in the house dichotomy, and one that allows no space for women to be human, to be exhausted, to make mistakes, to be less than perfect. In the world that requires women to reach higher and more eagerly, a woman who fails to do this — for whatever reason — becomes one who somehow needs fixing. She becomes the woman who should be reaching higher and who is unfairly critiqued for not doing so.

What this push does is tell women: “it’s not enough that you are trying to have a career at all, and a family, and a personal life — no, now you need to do it even better.” This in turn sets up unrealistic expectations that very few people can actually meet. Some women can “lean in” to their careers, “lean in” to their families, “lean in” to their personal lives, and they can be very happy doing it, but some of us can’t. Some of us feel totally depleted after working twelve-hour days just to try to get to a stable place in our careers, and some of us wonder how long this lifestyle can be sustained before we collapse in exhaustion, and some of us find that we are much happier and much more emotionally and mentally stable working jobs deemed less prestigious. And that’s OK, too.

Second flaw: Arguing that women should be pursing their careers more vigorously assumes that all women want that.  Some of them do, of course. But some of them (like me) don’t. Some researchers, some critics and some feminists (like Sandberg) argue that the reason for this is that women like me have been socially-influenced to aim lower in our career goals, that we have been led to believe that our place is not at the top echelons of the corporate world.

Of course, I understand that this is, in fact, the case for some women. Environment has taught them to shoot for less than their potential, which normally results in a reticence to pursue career positions involving more authority and power. But this is not the case for all women, and to attempt to make generalizations like this is a very one-sided and reductive way of looking at the purpose of life and at the choices we make. No, some of us just don’t want these positions, and to insinuate that this is not a choice I have actively made, that it has been forced on me by some outside factor, is to perpetuate a subtle form of sexism and prejudice. No, as a smart and capable woman, no one has made it this choice for me; I have actively made it all on my own and choosing a life that does not involve “doing it all” does not make me any less a feminist, an intellectual, a woman, or a human.

I speak for thousands of women when I say this: I can’t do it all. I don’t come from a privileged background. I am not worth hundreds of millions of dollars. I can’t afford a housekeeper that cooks and cleans so that I don’t have to on my weekends off. I don’t have a husband capable of equally sharing in the responsibilities of running a household and raising a family. Not only can I not do it, I just don’t think I want to.

Maybe admitting that I don’t want this, that I want something simpler and more honest, that I am not capable of juggling so many moving parts, of keeping my life together seamlessly and flawlessly — maybe admitting these things will never get me the corner office. But if that’s what it takes to get the corner office, then I don’t think I want it at all.

Previously from Laura Creel:
♦ What Amanda Berry Has Taught Me
♦ Zach Braff the Everyman
♦ My Facebook Recovery: Three Years Strong
♦ Real Housewives Echo Some Real Values
♦ U.S. Government Gives Advice on How to Invest Money — Because They’re Really Good At It