[Editor’s note: This is a response by our managing editor to an article that ran yesterday. To read the latter, click here.] 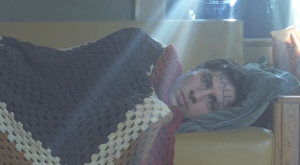 Yesterday we ran an article by our editor-in-chief Charlie Crespo on Zach Braff’s Kickstarter campaign to raise money for his new movie. It’s a fine article and one that treats the situation with fairness and objectivity. Crespo’s thesis is that although Braff’s use of the indie donation company is annoying, Braff plays by the rules.

I don’t disagree with this. When I first heard the story, I too was annoyed that he wasn’t funding his own movie. The people who are on Kickstarter are generally there because they have no other options; Braff does, and so my inclination was to believe that he was taking money away from other projects that need it more than his does.

As Crespo effectively argues, though, a campaign like Braff’s brings publicity and traffic to the site, and in doing so helps those other projects. So I conceded: Braff plays by the rules.

But I started thinking more about this, and wanted to add to the conversation that has already been started by Crespo. I think that what was particularly perturbing to me (and what Crespo did not mention) are the kinds of assumptions that Braff makes about his audience and potential donors.

The actor tries to argue that the non-monetary rewards he will be offering donors are ample reward to justify backing his movie. The Guardian reports him saying: “Even the most entry-level backer will get access to an online magazine about the making of the film…. If David Fincher, who I’m a huge fan of, had a video blog of the making of one of his movies, I would have been the first one there.”

But this bothers me, because what Braff is essentially doing is trying to compare himself to his audience. But this is a false analogy (remember your logic). Most of us are not comparable to Braff. Socioeconomically speaking, Braff is very different than we are, and when he tries to play himself off as the everyman, is comes off as simply dishonest. When he says he would have donated to David Fincher, he speaks from a place of financial security. The stakes are incredibly low for him. But for people who are living paycheck-to-paycheck, giving money, even to directors that we are “huge fan[s] of,” has much higher stakes.

If Braff is looking for money from people who don’t have the same luxury of financial security that he does, fine. It looks cheap. But that’s his choice, and evidently he doesn’t care how he looks. But please, Zach Braff, please don’t try to pretend that you are just like us, because we all know you’re not.

One response to “Zach Braff the Everyman”